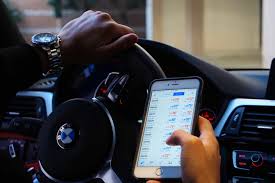 The foreign exchange market, which is global, hosts millions of transactions involving many different currency pairs every day. What are these currency pairs? How to make the right choice of assets to trade in Forex?

The foreign exchange market, by definition, qualifies the branch of finance where investors buy and sell currencies according to changes in exchange rates. This operation implies that the currencies traded on this market are traded in pairs. In other words, the price of each currency is expressed in terms of the price of another. The rate that expresses this correlation is commonly called the exchange rate.

This rate constantly fluctuates, depending on several economic and financial parameters inherent to the currencies concerned. A country’s economic news, central bank refinancing operations and major transactions by multinationals are all factors that can influence the price of a currency. Trading volumes on the same currency pair and speculation also represent a determining parameter in exchange rate fluctuations.

Which currencies to trade?

There are several hundred currency pairs available in the forex market. However, most Forex trading revolves around a handful of currencies, called major currencies. Pairs containing these currencies alone monopolize more than 90% of the daily exchanges that take place in the world.

The American dollar or USD comes first among these major currencies, the currency of the United States monopolizing 87% of transactions between 2019 and 2020. The euro (EUR) is close behind it, followed by the Japanese yen (JPY ), the pound sterling (GBP), the Swiss franc (CHF) and the Australian dollar (AUD). The EUR/USD pair has been the most traded asset for several years, with a 24% market share in 2020.

Apart from the major currencies, the Forex welcomes several other convertible currencies of less importance, used by countries whose economy occupies less place on the world stage. These assets are called exotic currencies, as much for their market rarity and unpredictability. The pairs containing these exotic currencies thus see their prices fluctuate at often unexpected amplitudes.

Even if they sometimes promise high returns, these pairs remain reserved for experienced traders who understand the mechanisms of their price evolution. Therefore, the major currency pairs are, ,the most recommended values if you are new to forex trading.

Whatever pair you choose, the choice of the broker is equally important.

The choice of the currency pair is extremely important at the beginning of your trading journey. But there is also another important factor affecting your trading success. That is the proper choice of a Forex broker. All the brokers will offer you the same variety of pairs. However, they differ in overall trading conditions, trading instruments offered, minimum deposits required, the leverage offered, learning resources available etc. To get to know all these, you have to read the brokerage reviews such as Trader House Review, which offer information about this specific brokerage. Making sure the broker is regulated, you avoid all adversities that go hand in hand with the scammers.