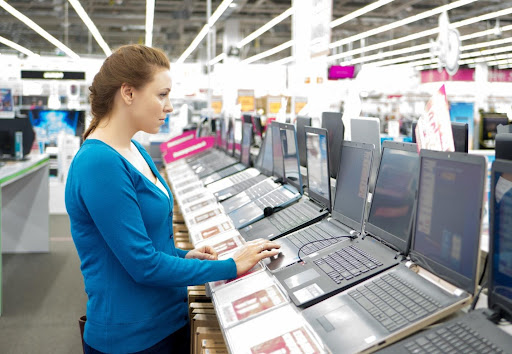 If you’re planning to buy a brand new computer this year, you’re not alone. Experts predict at least 220 million notebooks alone to find new owners this year. That’s on top of the projected desktop computers also set to sell this 2022.

In any case, once you get your new laptop or PC, don’t think that unboxing and plugging it in is all it takes to make it run. Unfortunately, it’s not as simple as that, as all new computers need some adjustments first.

All those tweaks are worth the time, though, as they can protect and personalize your new gear.

We’ll walk you through all those must-do steps in this guide, so be sure to keep reading.

Stolen passwords are behind or contribute to 80% of hacking-related breaches. For that reason, it’s best to create a harder-to-crack passcode, such as one made of 12 characters. These long passwords take 62 trillion times longer to decrypt than a 6-character code.

With that said, setting up a lock screen password is one of the first things you need to do as soon as you get a new computer. That way, you can reduce the odds of infiltration if you need to leave your device turned on.

However, just as important is to lock your screen whenever you need to leave it, even if it’s only for a few minutes. If you’re a Windows computer user, the Ctrl + Alt + Del shortcut is one of the easiest ways to do that. If you have a Mac computer, the keyboard shortcut is Control + Command + Q.

According to experts, close to half a million new malware and PUAs get created each day.

That’s horrifying, especially malware, a portmanteau for malicious software. These dangerous programs can serve as a gateway for hackers to steal passwords. Cybercriminals can even use them to delete files and render computers inoperable.

PUAs, which stand for potentially unwanted applications, aren’t as dangerous. However, you still don’t want them on your new computer, as they consume precious resources.

So, before you even start accumulating data on your new device, it’s best to boost its security. One way to do that is to install a more robust anti-malware program. Some of your top options are Bitdefender, Kaspersky, Norton, Avast, and Malwarebytes.

Either way, those malware protection programs screen your computer for potential infections. From there, they block malware so that your device won’t download it. To top it off, some of these protective apps also come with emergency malware removal tools.

Get Rid of Crapware

Crapware, also called bloatware, bundleware, or shovelware, are often PUAs. Either way, as suggested by the term “crap” in their name, they’re usually useless and unwanted.

Unfortunately, many of those apps come pre-installed by none other than PC vendors. For that reason, you’d want to give your brand new computer a thorough inspection the first chance you get.

Go through the app list and uninstall all you don’t need (or won’t ever use). It’s best to do this before downloading the apps you require, as doing so frees up more space in your storage drive.

Even if your computer is brand new, it doesn’t mean that its OS and apps are up-to-date. They can even be several months out-of-date, depending on their manufacturing date.

One reason is that operating systems often receive huge updates every month.

For example, Windows has a cumulative update known as Patch Tuesday. It’s a large OS and security update that occurs every second Tuesday of the month. On top of that are the C updates, happening every third week, and the D updates rolled out on the fourth week of the month.

Apple’s macOS also receives critical updates monthly or every other month. There are even times wherein the company rolls out large patches multiple times in a month.

Either way, those updates are crucial to computer performance and security. So, it’s best never to ignore them; otherwise, your device is likely to develop slow and buggy behavior. Worst, outdated OSs are more vulnerable to malware, especially ransomware.

With that said, be sure to update your OS and apps before you even start using your device for computing tasks. Then, while you’re at it, automate your computer to search, download, and install updates.

Clear Your Trash or Recycle Bin

Once you’ve finished installing the apps you need, delete their installers. However, it’s not enough to only delete them; you need to empty the Trash or Recycle Bin folder itself. Otherwise, the files will remain there and use up resources indefinitely.

Speaking of clearing the Trash/Recycle Bin, consider automating this task. That way, you can keep these unwanted files from eating up your new device’s precious storage.

If you have a Windows device, you can set the folder to empty daily, every 14 days, 30 days, or 60 days. If you have a Mac, though, your only option is to automate the Trash to empty every 30 days.

Please keep in mind that some types of deleted data don’t end up in the Trash/Recycle Bin. For instance, if you delete cache files or your browser’s history, you won’t see them in either folder. Instead, you’ll likely find them in a local directory or folder in your hard drive.

Before you start packing your new device with tons of data, it’s wise to have it create automatic backups. You need to connect an external storage drive for this, though.

Once plugged in, you can then set the schedules on a Windows computer using the Backup tool. If you have a Mac, the native, built-in tool you need to use is Time Machine.

There you have it, all the crucial steps you need to take immediately after unboxing a brand new computer. As you can see, most of them are for safety, security, and data protection. That’s why it’s best to carry them all out before you even start using your new laptop or PC.

Are you looking for other informative guides like this? If so, then feel free to check out and read our latest news and blog posts!